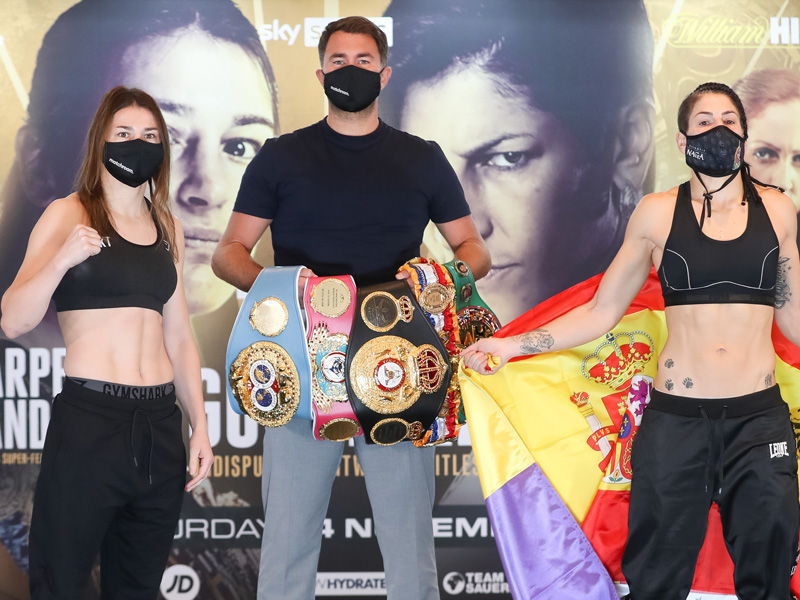 Katie Taylor and mandatory challenger, Miriam Gutierrez both made weight comfortably earlier today ahead of tomorrow nights clash for the Undisputed World Lightweight titles at the SSE Arena in Wembley, London.

The champion from Bray tipped the scales at 9st 8lbs and 7oz with Gutierrez weighing just an ounce lighter at 9st 8lbs and 6oz. All of Taylor’s belts will be on the line against the Spanish challenger with both women carrying unbeaten records into the fight.

The bout headlines a historic triple header of female World title fights and will be live on Sky Sports in Ireland and the UK with the broadcast starting at 7pm and the main event expected shortly after 10pm.