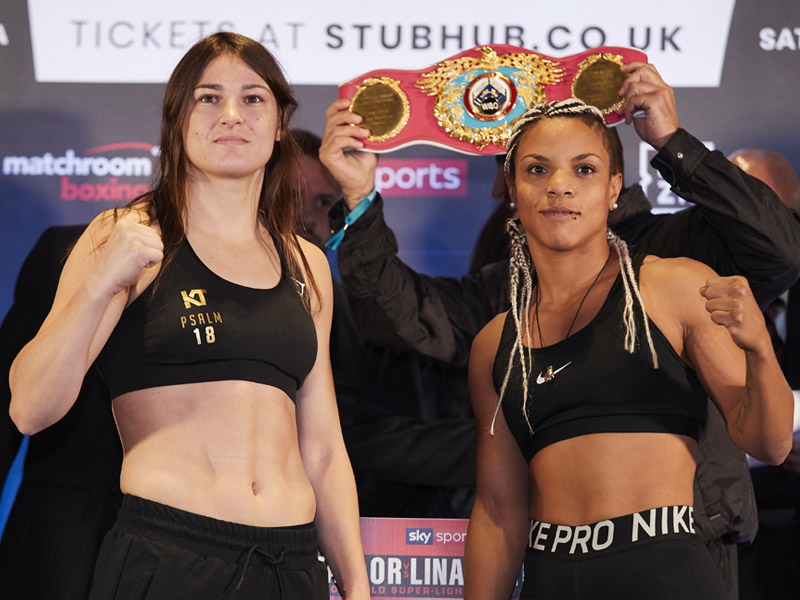 Katie Taylor is officially a light welterweight for the first time in her career having tipped the scales just inside the 140 pound weight limit as she bids to become a two weight World Champion in Manchester tomorrow night.

The Bray woman will challenge Christina Linardatou for her WBO Light Welterweight title with both fighters making weight without any issues at their weight in at the Edwardian Hotel in the city today.

Having moved up in weight temporarily from Lightweight where she is the Undisputed World Champion Taylor registered a career high 9st 13lbs 9oz while Linardatou was just over a pound lighter at 9st 12lbs 8oz.

Their fight headlines tomorrow nights event at the Manchester Arena, the first time ever a women’s bout has taken centre stage at the UK’s largest indoor arena. Sky Sports will televise the bout live in Ireland and the UK with the bout available in DAZN in the US and also broadcast live in Canada, Australia, Japan, Brazil, Germany, Spain, Italy, Switzerland and Austria.

The bout is expected to take place shortly after 9pm Irish / UK time.