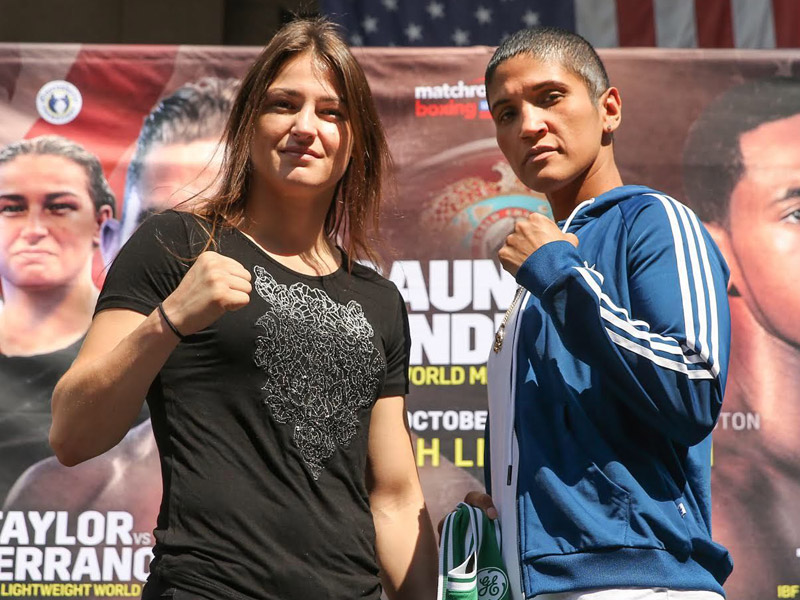 Katie Taylor and Cindy Serrano came face to face in Boston today at a press conference to confirm their World title showdown at the TD Garden in the city on Saturday, October 20th.

The “Boston Garden” is famous as the home of both the Boston Celtics basketball team and the Boston Bruins ice hockey team but on October 20th it will be home to World championship boxing. The Taylor – Serrano fight will be just one of three world title fights on the bill which will be screened live by DAZN in the US and on Sky Sports in Ireland and the UK.

Taylor will be defending her WBA and IBF Lightweight titles against New York native Serrano who currently holds the WBO featherweight title. The bout will be Taylor’s eleventh since she turned pro in late 2016 while the veteran Serrano has been a professional since 2003 and now holds a record of 27 wins, 5 losses and 3 draws.

Originally from Puerto Rico, the Brooklyn based fighter comes into the fight having been unbeaten since 2012. 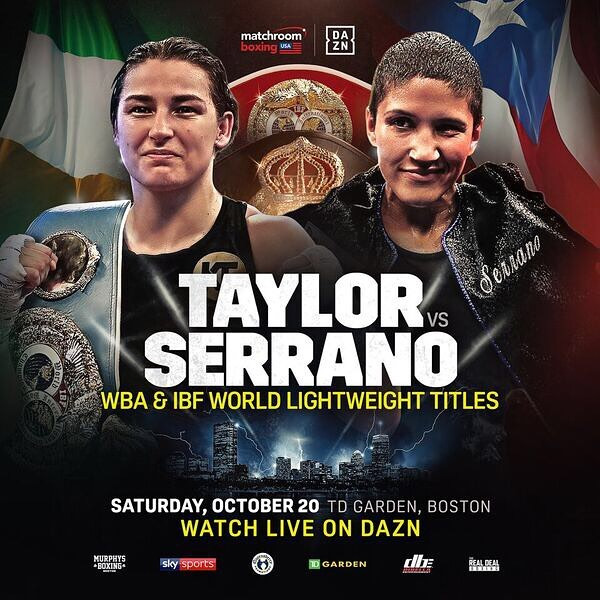 Speaking at today’s press conference Taylor said, “I love the city of Boston and it’s going to feel like a homecoming fight for me with all the Irish people here. I want to thank Cindy for taking the fight, it’s going to be an incredible fight. These are the fights that I absolutely relish and it’s going to make for such an exciting fight.” 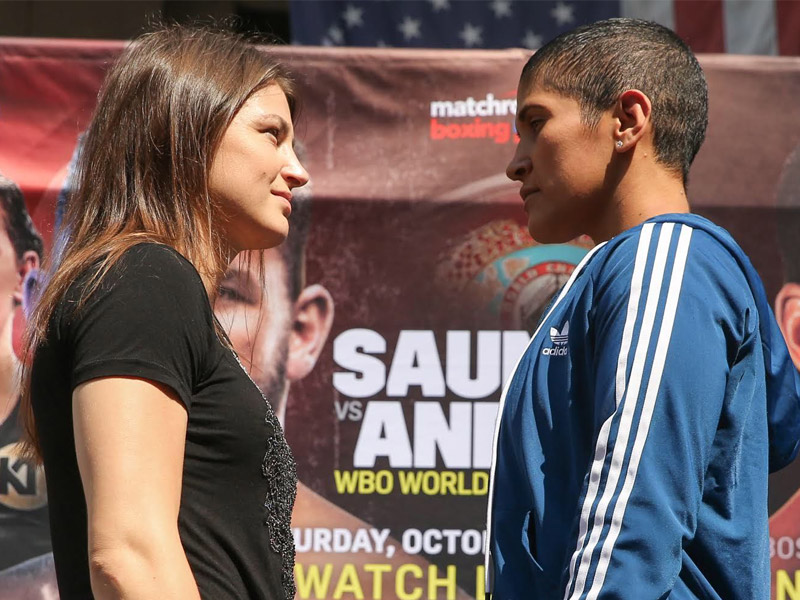 The October 20th event will be headlined by the World Middleweight title showdown between Billy Joe Saunders and Demetrius Andrade while the remaining world title action on the card features Belfast’s James Tennyson challenging Tevin Farmer for the IBF Super Featherweight title.