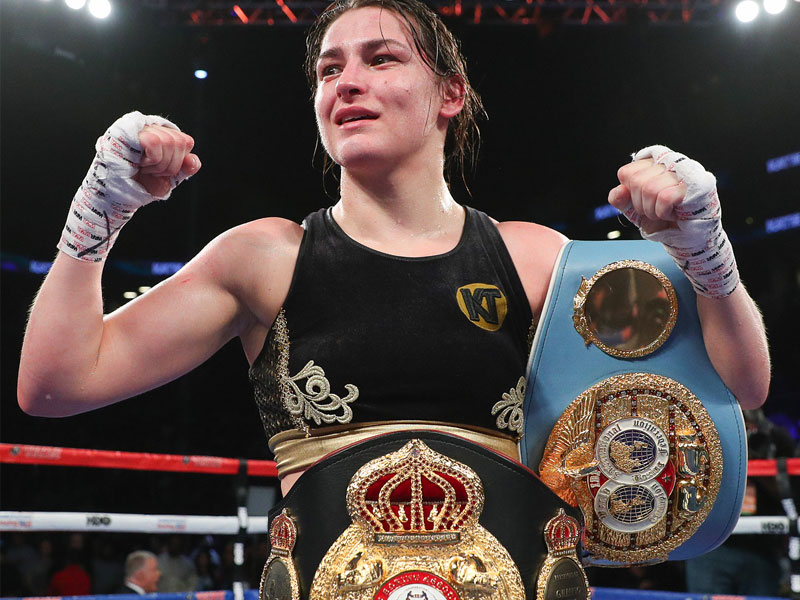 The Bray women dominated an exciting ten round battle against the tough and experienced Bustos using her speed and superior boxing ability over the first seven rounds of the fight to build up a comfortable lead on the scorecards.

With her IBF title slipping away Bustos abandoned her counter punching style in the eighth round leading to an exciting toe to toe battle that had the crowd in the Barclays Center on their feet as the two women exchanged punches in ferocious exchanges.

Taylor continued to outbox her Argentinean opponent in the ninth before closing the show in style in the tenth and final round as once again both women went toe to toe right to the final bell. 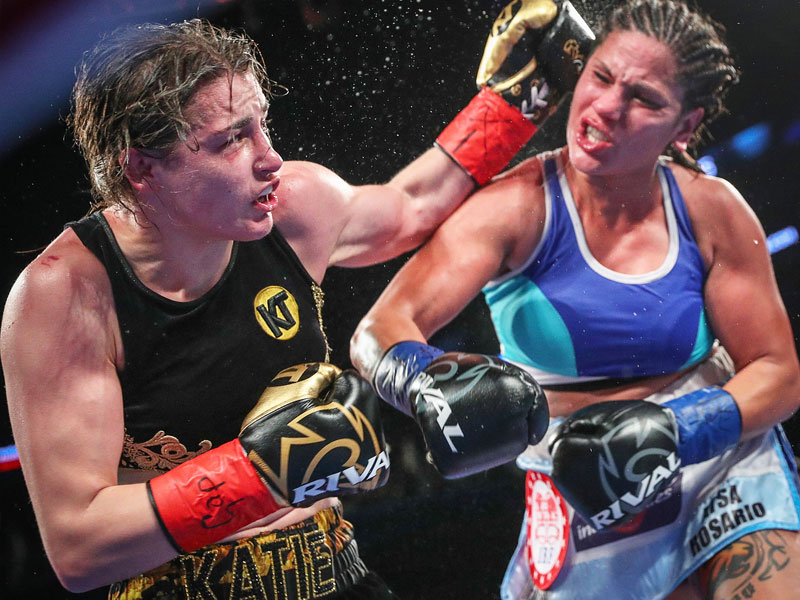 After ten rounds all three judges had Taylor a comfortable winner by scores of 99-91, 99-91 and 98-92. The win sees Taylor at the half way point of her goal to capture all four World title belts with the WBC and WBO still in the hands of lightweight rivals Delfine Persoon and Rose Volante.

Afterwards, Taylor’s promoter Eddie Hearn confirmed that he is working on fight dates in July and September for the new unified champion.

Speaking to Sky Sports after the fight Taylor said, “I’m just so, so happy right now. It’s always been my dream to unify these titles. It was a tough contest and I had to work for every second of every round. She was a proven champion so I knew I had to be sharp for ten rounds.”

“I’m there to fight anyone, any of the champions. I’m lucky to have some great champions in my weight division so there are some great fights out there to be made. I want all the belts by the end of this year for sure.”