Taylor and McCaskill come face to face in London 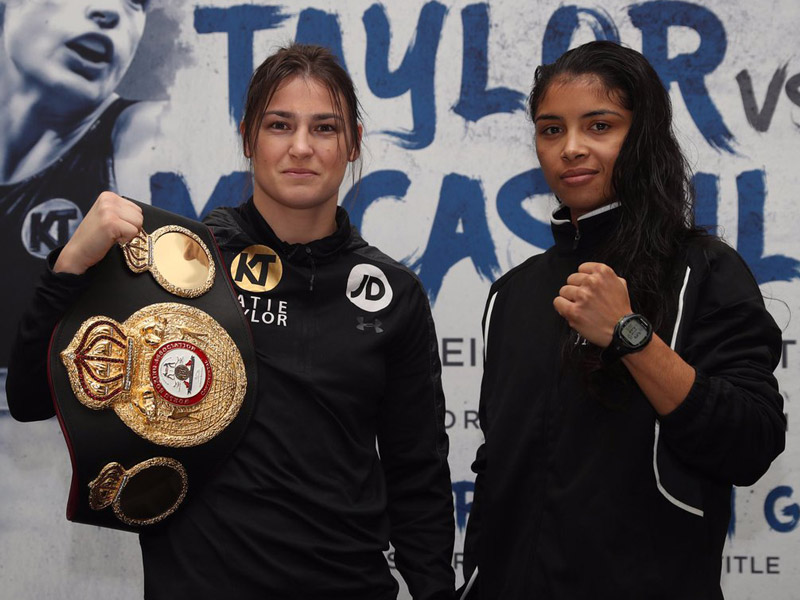 Katie Taylor came face to face with Jessica McCaskill in London today ahead of their world title clash in London on Wednesday night. The bout will see Taylor defend her WBA World Lightweight title for the first time since winning it at Principality Stadium in Cardiff in October.

The fight makes history as for the first time ever a female bout will headline a live boxing TV event in the UK topping a ten fight card at a sold out York Hall which will be broadcast live on Sky Sports.

McCaskill has been very vocal in her desire to secure a showdown with Taylor and the Bray native was only too happy to oblige at the first available opportunity.

The Chicago resident has arrived in London with plenty of confidence and along with her trainer Rick Ramos is predicting a short World title reign for Taylor.

McCaskill said, “If you watch a Katie Taylor fight people only see the highlights but theres a lot of mistakes too and I plan to capitalise on them.” while Ramos added “Jessica will test Katie’s chin and will come out victorious.”

Taylor refused to be drawn into a war of words and said, “Jessica is a great fighter and I want people to see the best of women’s boxing so these are the fights I want. I can’t wait for Wednesday to end a great year on a high.”

Taylor’s trainer Ross Enamait believes Taylor’s greater quality will shine through. “McCaskill’s strong and tough but Katie’s a born fighter. There’s levels in boxing and they will find that out on Wednesday night.” 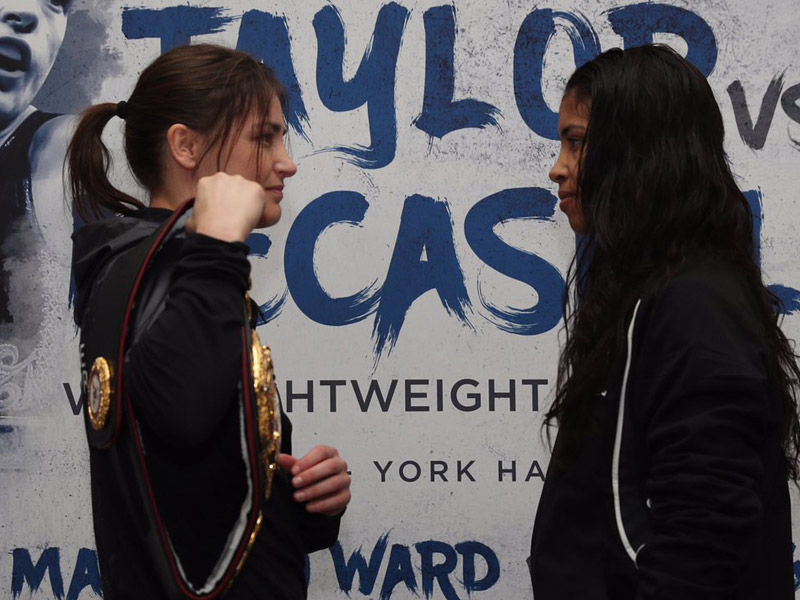 Promoter Eddie Hearn credited McCaskill with talking herself into the fight but believes it will bring out the best in Taylor. “Sometimes in boxing you have to make noise to get the opportunity and certainly Team McCaskill have made a lot of noise over the last couple of months,” said Hearn.

“They’ve got their opportunity because she is highly-raked with the WBA but secondly because they made a lot of noise. It’s the first time I’ve seen the bit between Katie Taylor’s teeth where she saw a lot of people talking and said she wanted a fight and that ‘this is the fight that I want now’”.