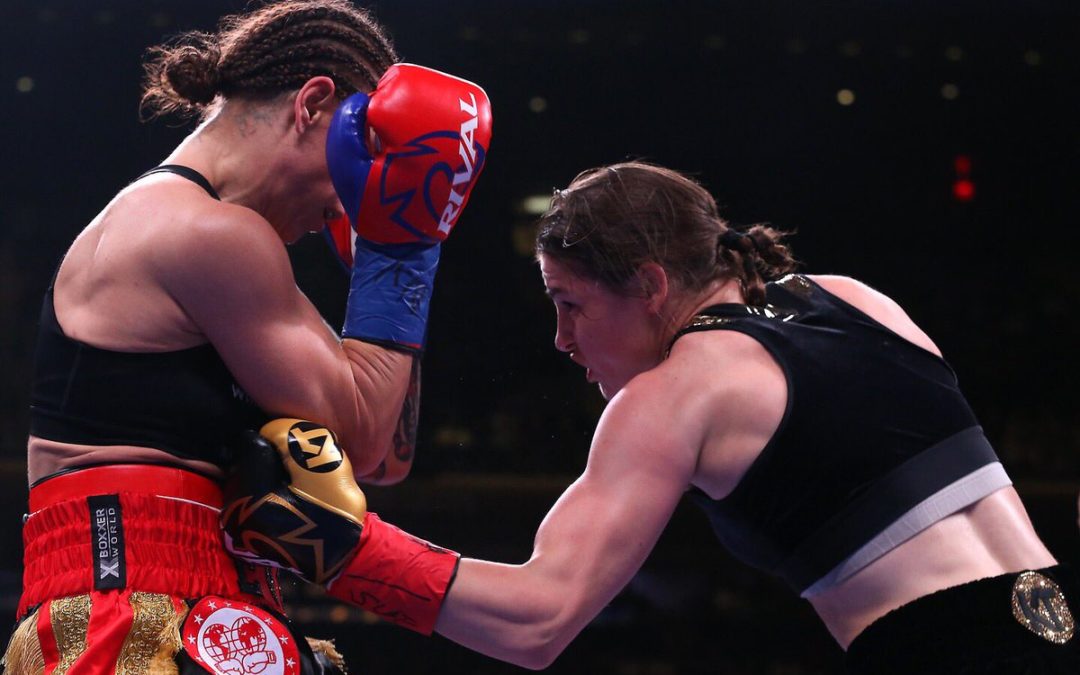 Katie Taylor improved her perfect professional record to 12 straight wins with a shutout points win over the previously undefeated Eva Wahlstrom at Madison Square Garden in New York tonight. The win saw the Bray woman successfully defend her WBA and IBF World titles as she bids to become the undisputed World Lightweight champ in 2019.

Taylor received a rousing reception at the iconic New York venue knowns as the “Mecca of Boxing” and put on a performance to match dominating all ten rounds against Wahlstrom who entered the ring as the WBC Super Featherweight champion.

The two had met on a number of times in the amateur ranks including the 2005 European Championships final with Taylor always emerging victorious and that pattern continued as professional with Taylor in control from the first bell to last.

It was a bruising, physical encounter but Taylor’s greater speed and boxing ability meant she had the edge over her Finnish opponent with all three judges scoring every round to the Irish woman. 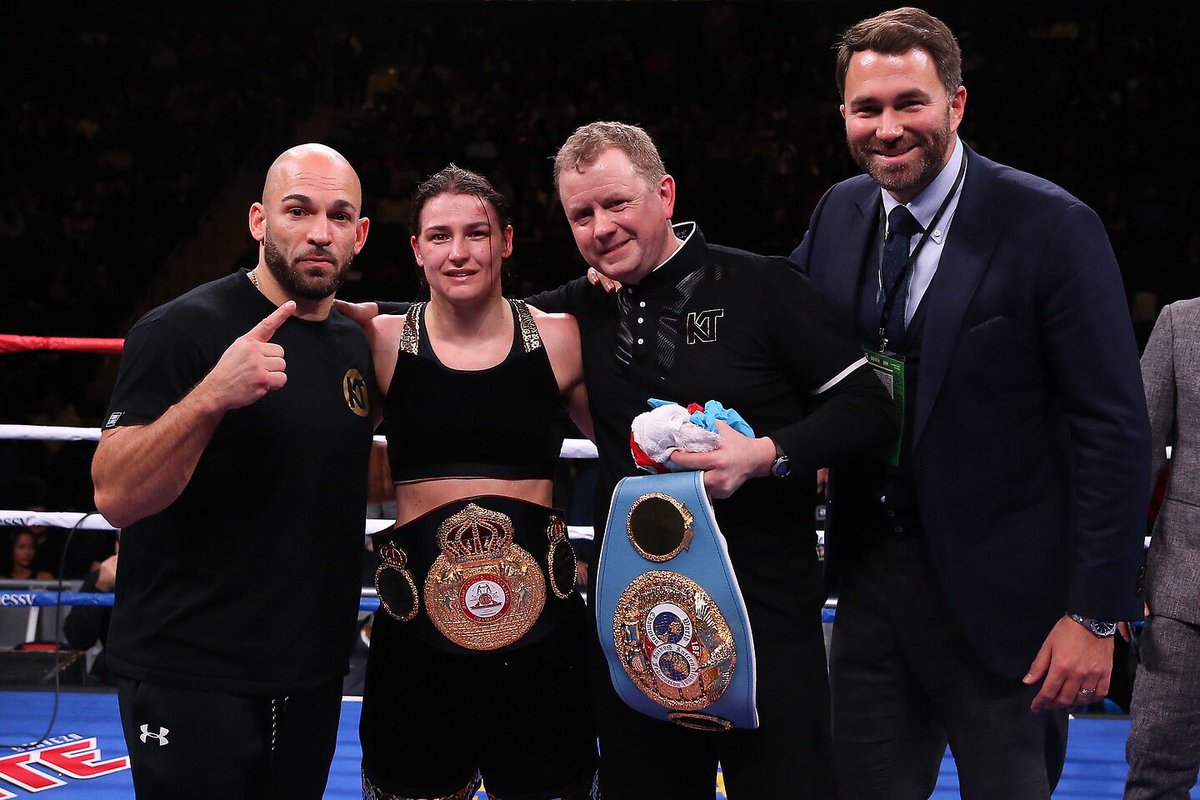 Afterwards, Taylor said she was pleased with her nights work, “I thought it was a very good performance. I knew I was going to be up against it tonight because Eva is a great champion and a fantastic fighter and I think it was a great fight for women’s boxing.”

“It was such a privilege to fight at Madison Square Garden in front of so many Irish people and I’m so grateful for the support.”

Taylor will not take a short break before a return to the ring tentatively scheduled for the US in March when promoter Eddie Hearn hopes to lure either WBC champion Delfine Persoon or WBO champion Rose Volante into the ring.

Manager Brian Peters is hopeful that both title holders will be on the menu for Taylor in the first half of 2019. “Full credit to Eva Wahlstrom tonight for actually stepping up and taking the fight when so many others talk the talk but go quite when they are actually offered a fight with Katie. We tried to get Volante for this fight but she says she won’t be ready until early 2019 so hopefully she comes through. We’ve also been trying to get Persoon for a long time without success but hopefully, that can happen as well in the first half of next year.”

“Katie won’t be happy until she has all the belts at lightweight and of course, you also have fights with the likes of Amanda Serrano and Cecilia Braekhus so she will be very busy again in 2019. She is a phenomenon, she got a great reaction tonight in New York and she just continues to go from strength to strength.”