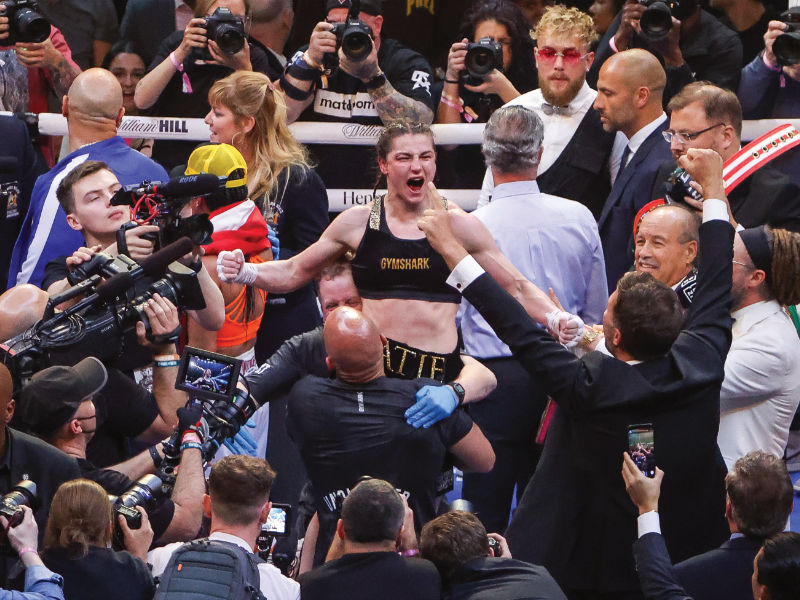 Katie Taylor edged out Amanda Serrano to retain her undisputed Lightweight crown in an epic fight for the ages at a sold-out Madison Square Garden in New York on Saturday night.

Taylor controlled the opening four rounds but Serrano came on strong in the fifth and had her fans on her feet in her best round of the fight. At times it seemed like the roof was about to come off the sold out arena as both fighters traded heavy blows.

If the fifth round was exciting, the sixth blew it out of the water as Taylor threw everything she had at the Brooklyn ace who fired back in kind. Taylor seemed to regain her composure despite the heavy shots she’d taken as rounds seven and eight came and went with the defending champion picking her shots and trying to resist going toe-to-toe with the heavy-handed Puerto Rican.

Both fighters knew the bout was in the balance and served up a stunning final two minutes, and after the crowd roared their appreciation for being lucky enough to witness an unforgettable and history-making night, it was Taylor whose hand was raised by split decision (97-93, 96-93 and 94-96).

“What a fighter Amanda Serrano is – I think we are both great fighters,” said Taylor. “Look what we have just done, selling out Madison Square Garden, the biggest venue in boxing history.

“Both of us have broken so many barriers in her careers. It feels great to be in this position really! Amazing fight. What a night!

“I knew exactly how deep I had to dig in this fight. I knew going into it that I was going to be in the trenches at some stage. She’s a phenomenal fighter and a great, great person.

“I was listening to my trainer and I’m so grateful for Ross. Thank you for everything. You’re such a humble guy but you’re the best in the world.”