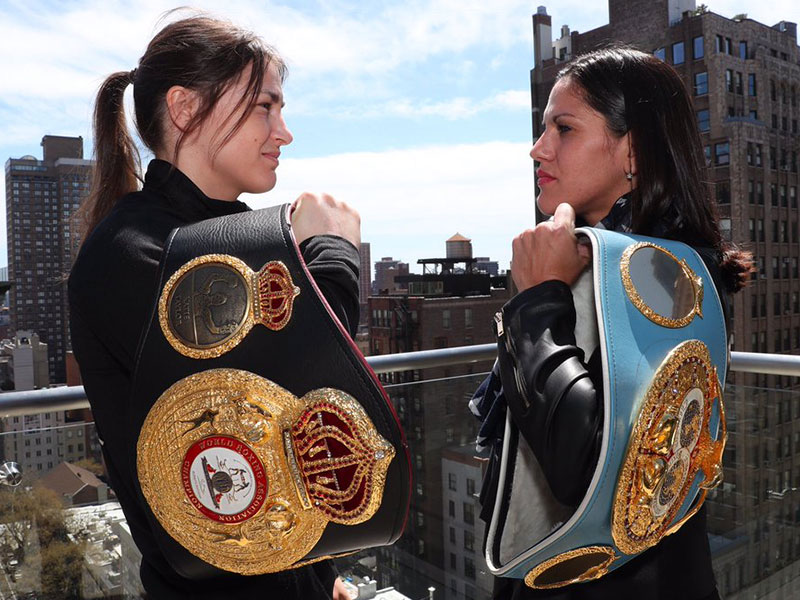 World lightweight champion Katie Taylor and Victoria Bustos came face to face at a press conference in Manhattan today ahead of their World title unification fight at Barclays Center in Brooklyn this Saturday night.

Taylor who won the WBA title in Cardiff last October will be making the second defence of her title while IBF titleholder Butos is one of the longest reigning world champions in the sport having won the title back in 2013.

Speaking ahead of the fight Taylor said, “I’m excited about fighting back at Barclays Center again, it’s become something of a home from home for me. Victoria is a proven champion but it’s always been a goal of mine to unify the belts and no one is going to stand in my way on Saturday night.

Bustos was in equally confident mood with the Argentinean stating, “She is a great opponent but I will give a great fight to unify both titles and bring them back home to Argentina.”

The fight is live on Sky Sports from 2am on Saturday night / Sunday morning. 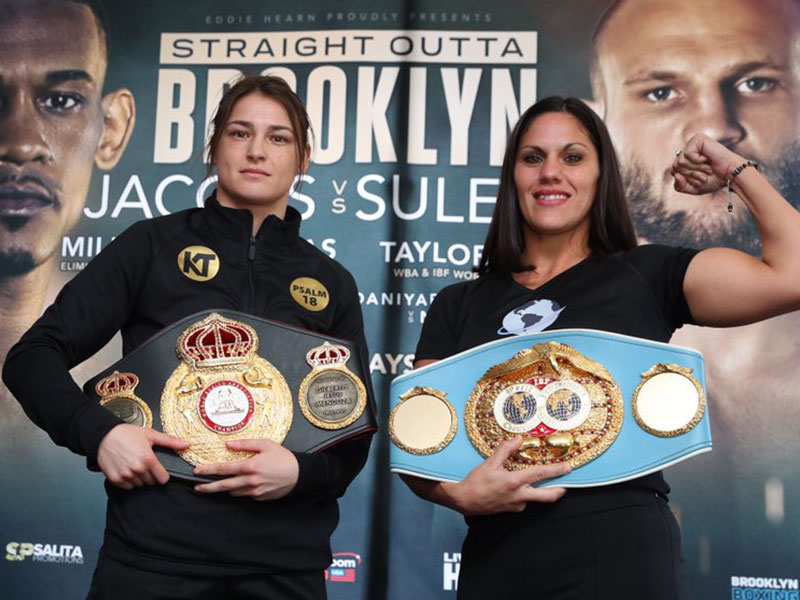