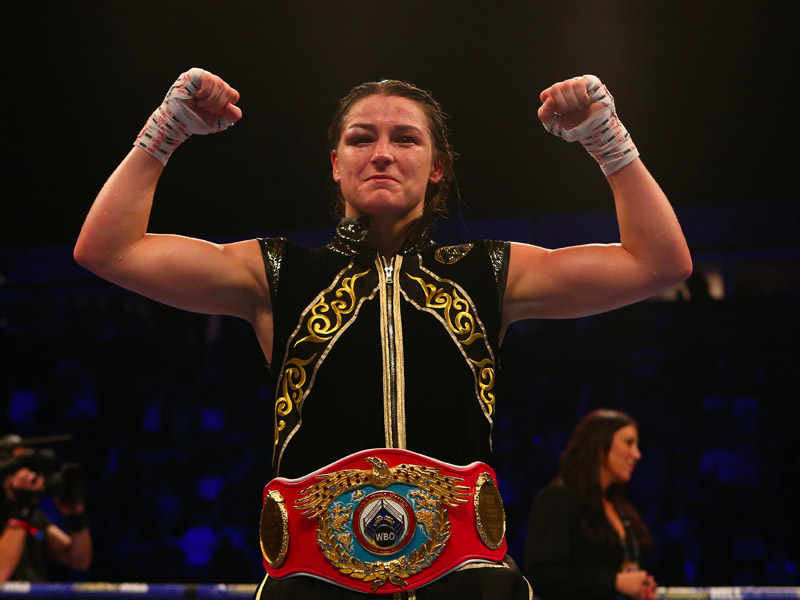 Katie Taylor added another piece of history to her storied career in Manchester tonight as she outpointed Greece’s Christina Linardatou to land the WBO Super Lightweight World title and become a two weight World Champion.

Taylor boxed and moved stylishly for large spells of her highly-anticipated debut at 140lbs and, despite suffering a nasty swelling over her right eye early on in the bout she went on to earn a unanimous 96-94, 97-93 and 97-93 win to become only the third Irish boxer to win World titles in two weight classes.

“I’m making history again,” said an emotional Taylor after her fight. “I’m breaking boundaries again and I’m a two-weight World Champion – and there’s still more to come. I thought I boxed beautifully on the outside and I didn’t get sucked into a fight.”

The win improves the Bray woman’s professional record to a perfect 15-0 and sets her up for a massive 2020 where she hopes to lineup a series of mega fights including clashes with Amanda Serrano, a Delfine Persoon rematch and a fight with undisputed Welterweight champion Cecilia Braekhus.