Taylor back in Brooklyn and in search of another World title 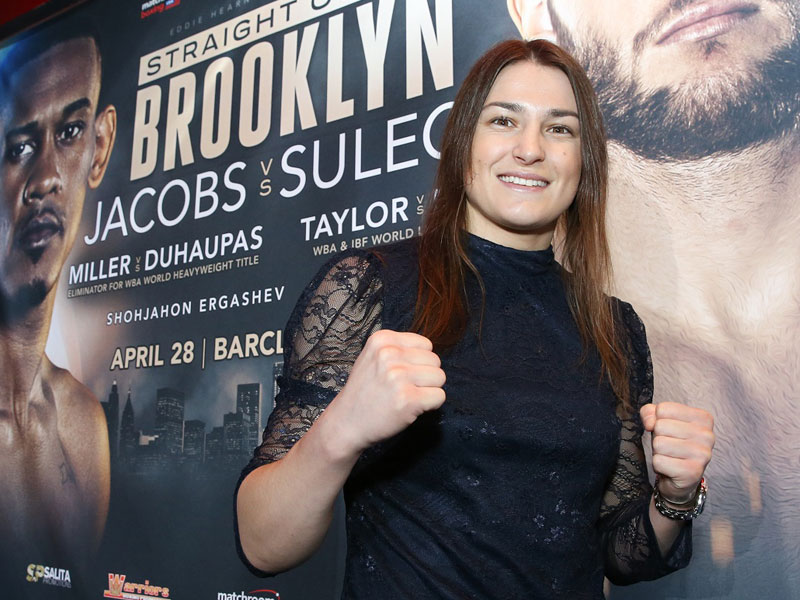 Katie Taylor will be looking to showcase her skills and add a second World title belt to her trophy cabinet when she faces Victoria Bustos in a WBA and IBF World Lightweight title unification clash at Barclays Center in Brooklyn, New York on Saturday, April 28 live on Sky Sports.

Taylor puts her title on the line for the second time after the Irish star landed the title in Cardiff in October in Cardiff against Anahi Sanchez and successfully defended it against Chicago’s Jessica McCaskill in London in December.

Long-reigning IBF champion Bustos is in her sixth defence of the IBF strap she won back in September 2013, all in her native Argentina and the 29 year old has also fought for the WBC Super-Lightweight strap in her impressive career at the top level. 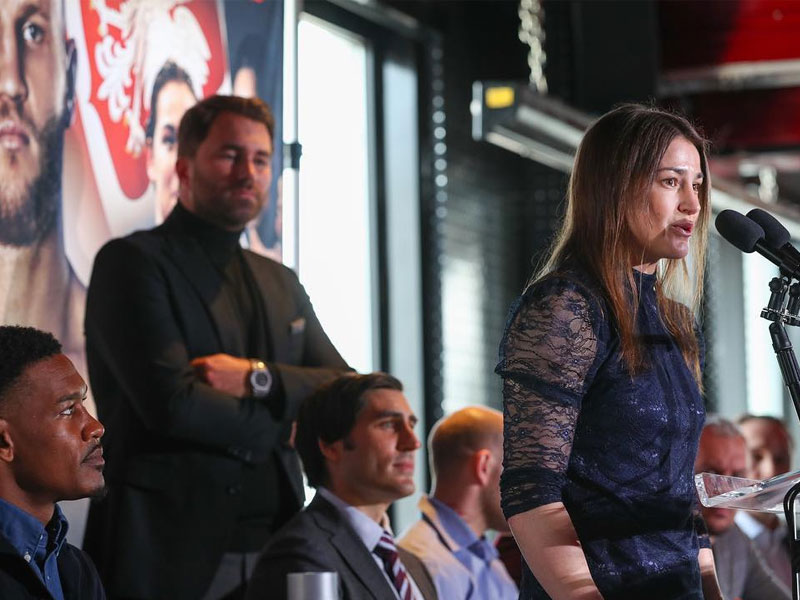 The Irish sensation returns to the venue for her American debut in July before she won the WBA strap, and Taylor believes that on a show topped by Brooklyn favourites Daniel Jacobs and Jarrell Miller, she can deliver a show-stealing performance.

Speaking at a press conference in New York today to announce the bout Taylor said, “I’m so excited to be fighting in the Barclays Center again. It’s a huge fight for me against a great opponent, one of the longest reigning champions but I’m training hard already and I know I can deliver a big performance and put on the fight of the night.

“Last year was huge for me but it was only the start and I believe that 2018 will be even bigger. Unifying the Lightweight division was a goal of mine from day one in the pros and I want to have all the belts by the end of the year.”

Promoter Eddie Hearn added: “Katie won it all as an amateur and she’s ready to dominate as a pro. Katie has taught me that it’s not about women’s boxing – it’s about boxing.

“Katie is the best female fighter on the planet – no question. The Irish will be out in force and do not miss watching this girl fight, she’s incredible.”

Taylor’s clash with Bustos is part of a huge night of boxing in Brooklyn as Jacobs faces dangerous Polish power-puncher Maciej Sulecki and Miller meets Johann Duhaupas in an eliminator for the WBA World Heavyweight title.

Tickets to the event start at $42 and go on sale Friday, February 23 at 10 a.m. To purchase tickets, visit Ticketmaster.com, BarclaysCenter.com, or call 800-745-3000. Tickets for the event can also be purchased at the American Express Box Office at Barclays Center beginning Saturday, February 24 at noon. For information on group sales, call 844.255.9647.