Taylor and Connor meet at final press conference in London 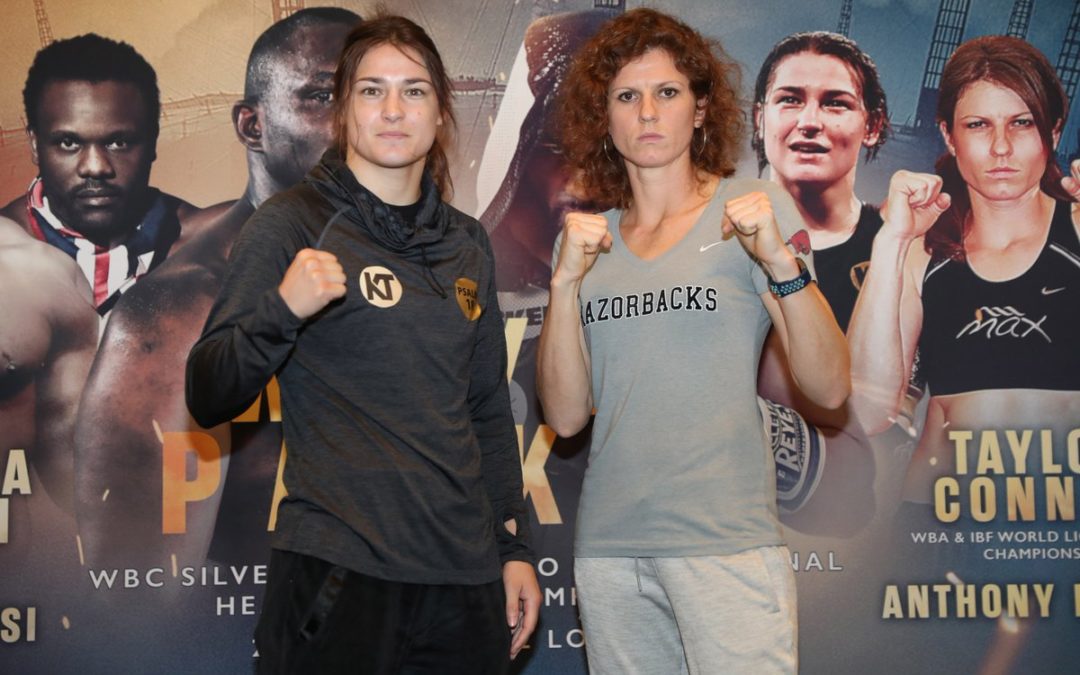 Katie Taylor and mandatory challenger Kimberly Connor were in attendance at a press conference in London earlier today ahead of Saturday night’s WBA and IBF World Lightweight title fight at a sold-out O2.

The fight night is headlined by the heavyweight clash between Dillian Whyte and Joseph Parker and the card will be broadcast live on Sky Sports Box Office.

In Brooklyn in April Taylor added the IBF belt to the WBA belt she already held by defeating long-reigning champ Victoria Bustos. Following the bout, the Bray woman was ordered by the IBF to make her first defence of the belt against Connor.

Catch up on the head to head and press conference with WBA and IBF World Lightweight Champion, Katie Taylor and her mandatory challenger, Kimberly Connor at their pre-fight press conference ahead of Saturday's big fight night at a sold out O2 in London.The weigh in for the fight takes place at 1pm on Friday at Spitalfields Market and is open to the public. Saturday nights fight will be live on Sky Sports Box Office. #TayorConnor #WhyteParker

The Little Rock, Arkansas native turned pro in 2004 has split her career between boxing, where she has amassed a record of 13 wins, 3 losses and 2 draws with an unbeaten career in MMA.

For the champion, this weekend will see her take to the ring for the tenth time since turning professional back in November of 2016.

Speaking at today’s press conference Taylor said, “I can’t wait for Saturday. It’s another great opportunity for me and I’m in the shape of my life and the best form of my life. I know Kimberly is coming in as a hungry challenger as well and she’s going to bring her best and that’s going to bring out the best in me as well.” 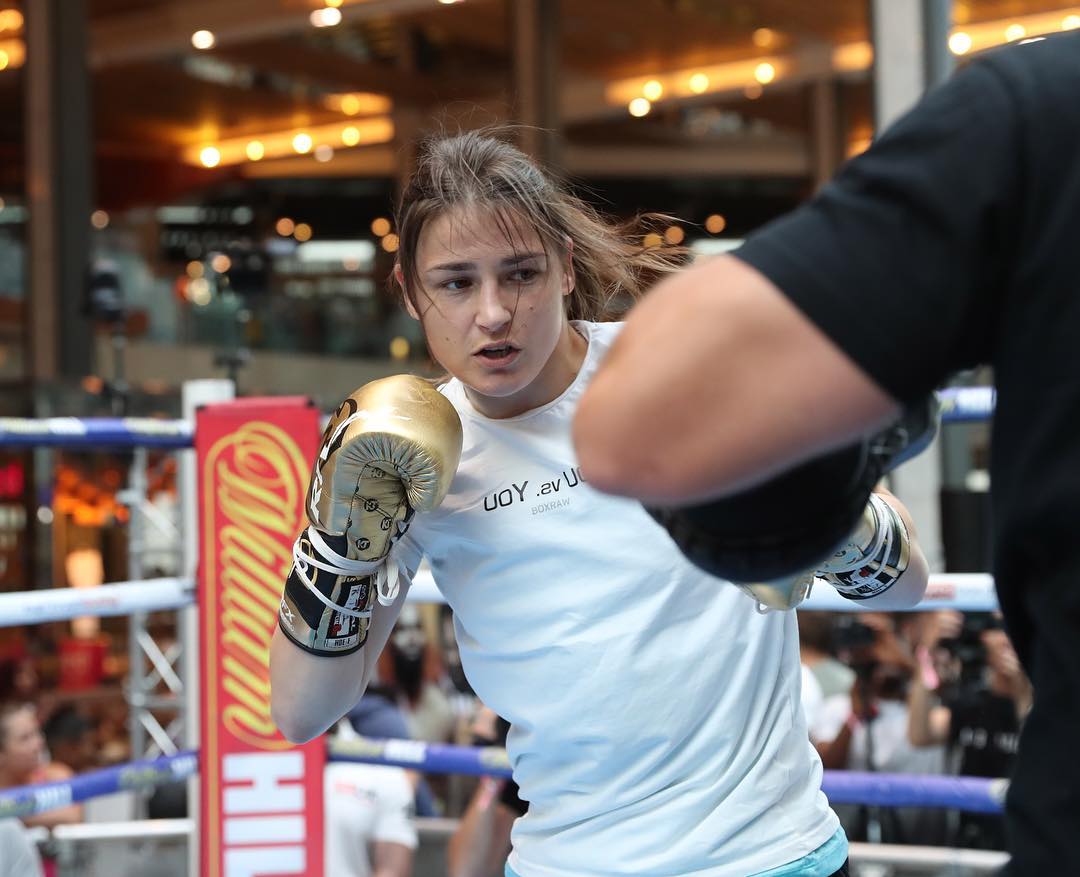 Connor has plenty of respect for the champ but is confident that she can pull off a big win and bring the titles back to the US. “Katie’s accomplished a lot in women’s boxing and I have a lot of respect for her. I’m not much of a smack talker so you are not going to hear anything negative from me about her but I feel like this is the boxers dream. I’m the absolute underdog in this situation, she’s got the titles and I want to be able to overcome her and take home the belts.”

Champion and challenger will step on the scales at 1pm tomorrow at a public weigh in at Spitalfields market in London ahead of Saturday’s fight.

Tickets for the event are sold out but it can be ordered from Sky Sports Box Office. For more info visit: https://www.sky.com/boxoffice/Whyte-Parker.