Taylor and Connor make weight ahead of World title showdown 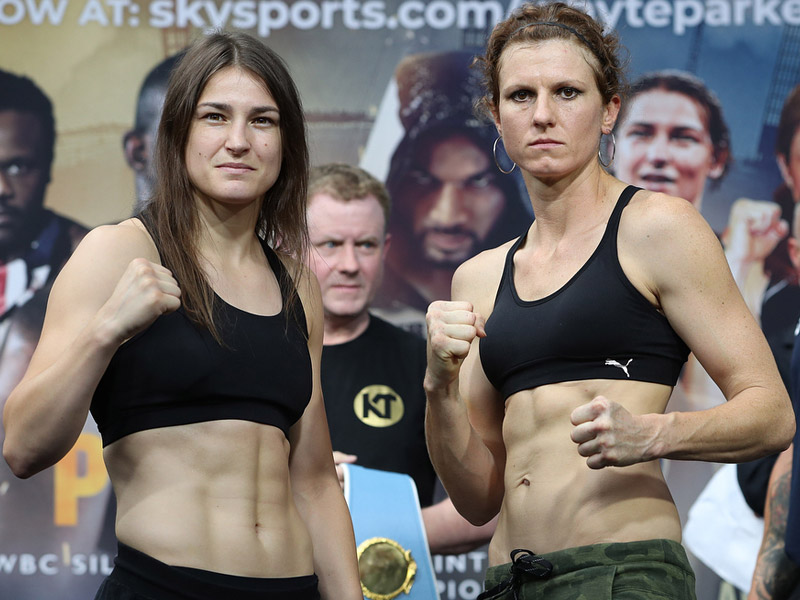 WBA and IBF world champion Katie Taylor and mandatory challenger Kimberly Connor were both inside the 135 pound lightweight limit today when they weighed in at Spitalfields Market in London ahead of tomorrow nights fight at a sold out O2. 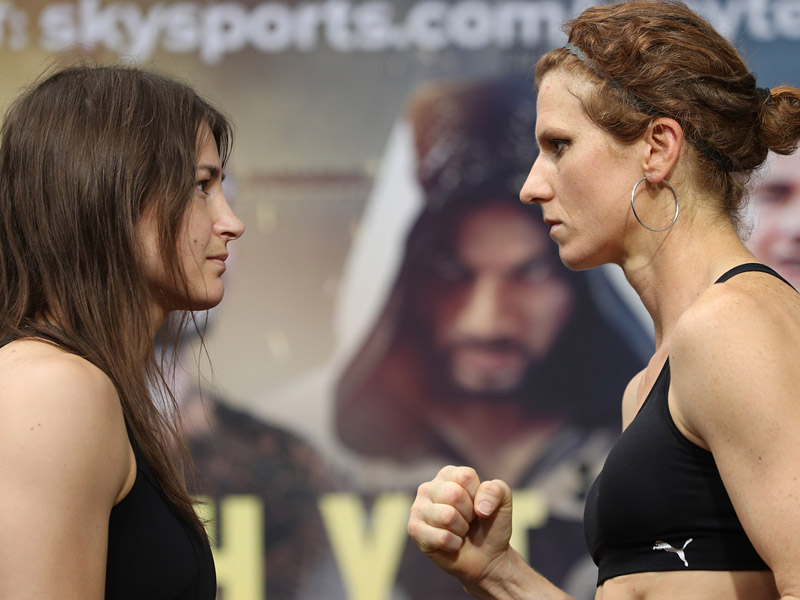 Connor, who hails from Little Rock, Arkansas was first on the scales registering 132 pounds while the champion weighed in at 134 pounds and 3 ounces. The bout is Live on Sky Sports Box Office as part of the fight night headlined by the heavyweight clash between Dillian Whyte and Joseph Parker. The Taylor – Connor fight is expected to take place shortly after 8pm.

It will be Taylor’s tenth pro fight since making the switch from the amateur ranks in November of 2016. It will also be her second fight at the O2, following on from an impressive stoppage win over Italian Monica Gentili in her previous bout there in March of 2017.

Should the Bray woman emerge with her titles intact after tomorrow nights fight she is scheduled to fight current WBO featherweight champion Cindy Serrano in October in the US.