Successful US debut for Katie 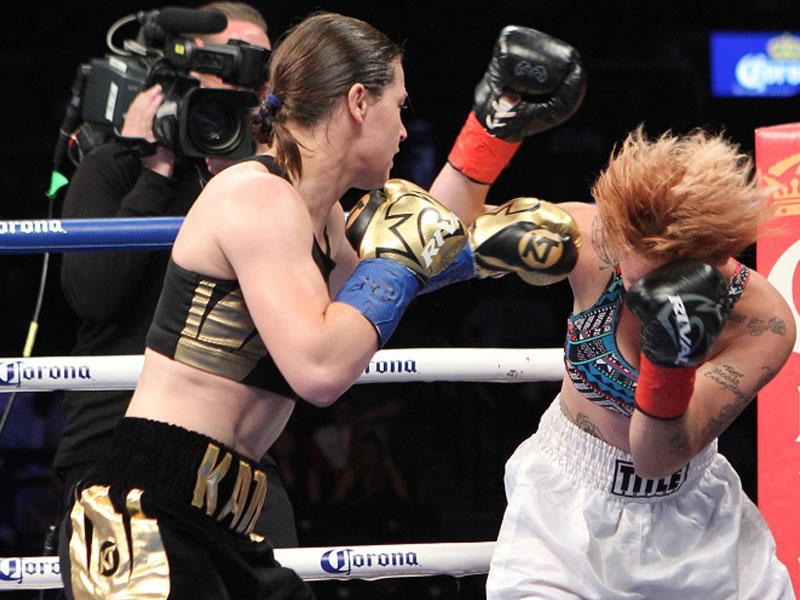 Taylor was dominant from the outset, stalking her opponent around the ring and consistently trapping her in the corner. The Bray native who trains in Connecticut was effective with both hands and did most of her work to the head of Clarkson. After three rounds of damage, Clarkson’s corner stopped the bout handing Taylor her first stateside win as a pro.

“It was a fantastic experience being my first time competing here in the U.S,” said Taylor. “There were definitely some nerves before the fight. It was great to go in there and get a stoppage.

“I hope that I made some fans tonight. I loved hearing the Irish fans in the crowd. I hope that there will be even more next time I fight here. The more fights I have here in the U.S. the better.

“I thought I performed pretty well. I definitely got caught with a few silly shots. I could have been cleaner but overall it was a good performance. I felt good and strong. I’ll be ready to get back in there as soon as possible.”