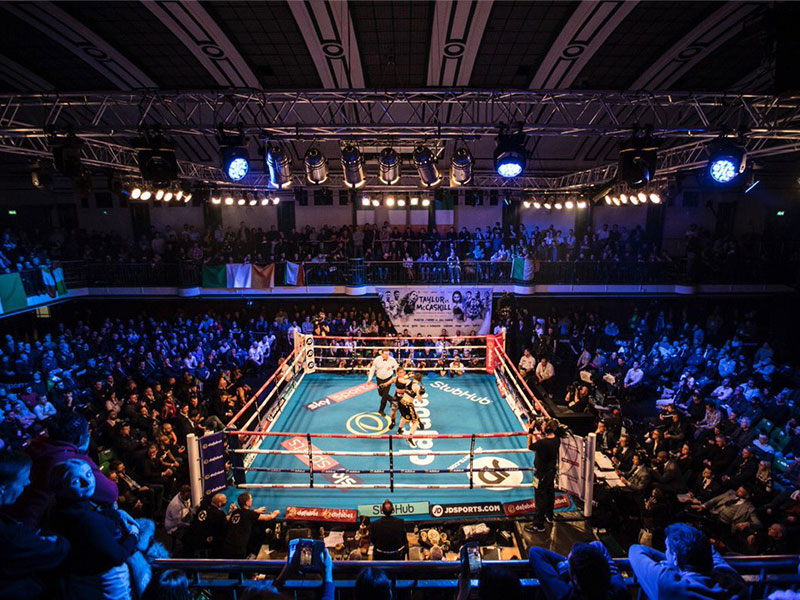 Just over 6 weeks on from winning her first World professional title Katie Taylor made a successful first defence at a sold out York Hall in London tonight. The Bray woman took a unanimous decision points win over American Jessica McCaskill to improve her unbeaten professional record to 8 and 0 to retain her WBA World Lightweight title. 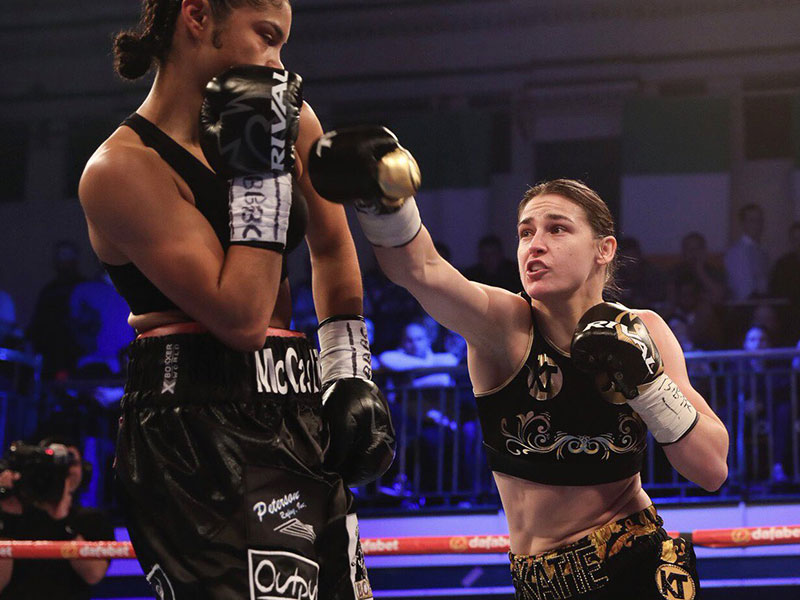 McCaskill was dangerous throughout the bout but Taylor’s superior skill set proved to be the key as she made the challenger miss before countering her with left and right check hooks. After ten pulsating rounds in front of a raucous atmosphere the three judges all voted in Taylor’s favour by scores of 97-92, 97-92 and 98-91. 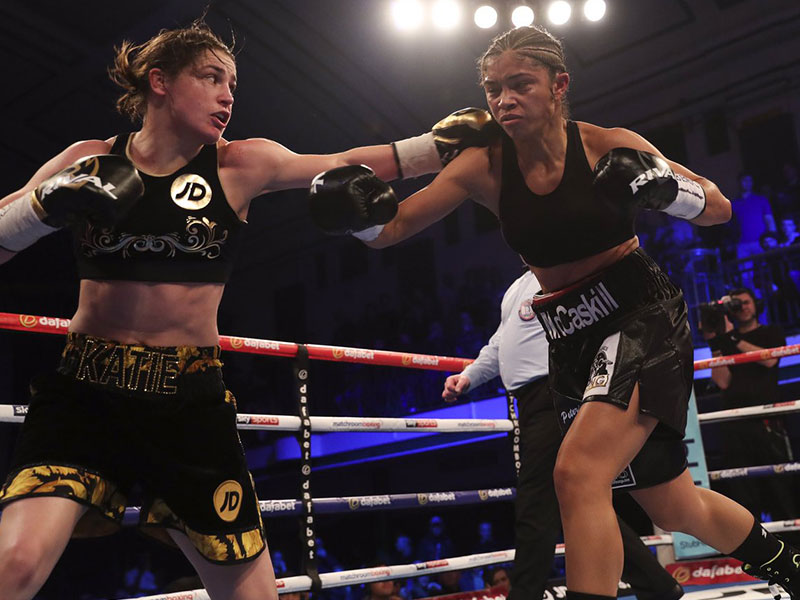 Speaking afterwards, the champion said: “It was a tough fight, the toughest of my career. I knew I had to be at my best. It’s a privilege boxing here at York Hall, I’ve always wanted to box here. I boxed well on the outside.

Afterwards promoter Eddie Hearn revealed that Taylor’s next fight is likely to be a homecoming bout in Dublin’s 3 Arena with IBF champion Victoria Bustos being targeted for a unification clash. 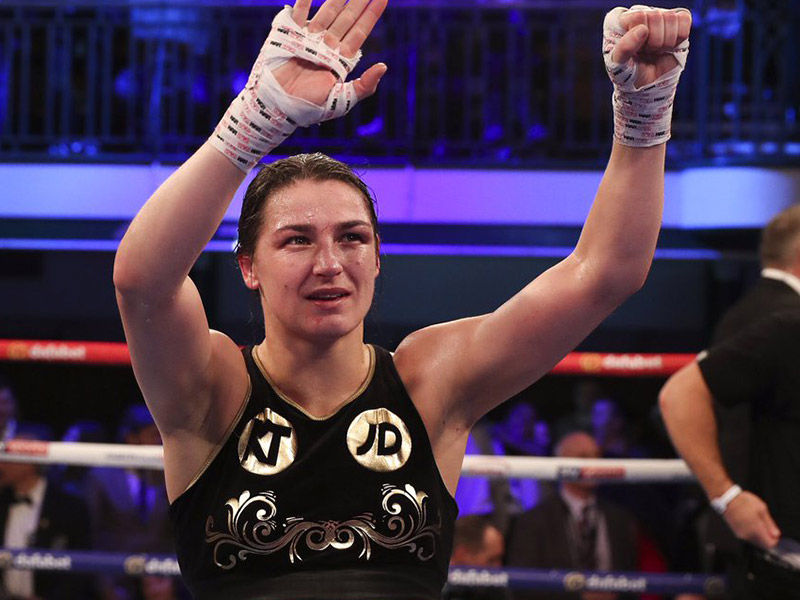 “A homecoming fight in Dublin has always been on the radar so that would be great for next year”, said Taylor. “I was born to do this, created to box, I live the life of my dreams. Whoever has the other belts, I want them all, and I want to make history in this sport.”