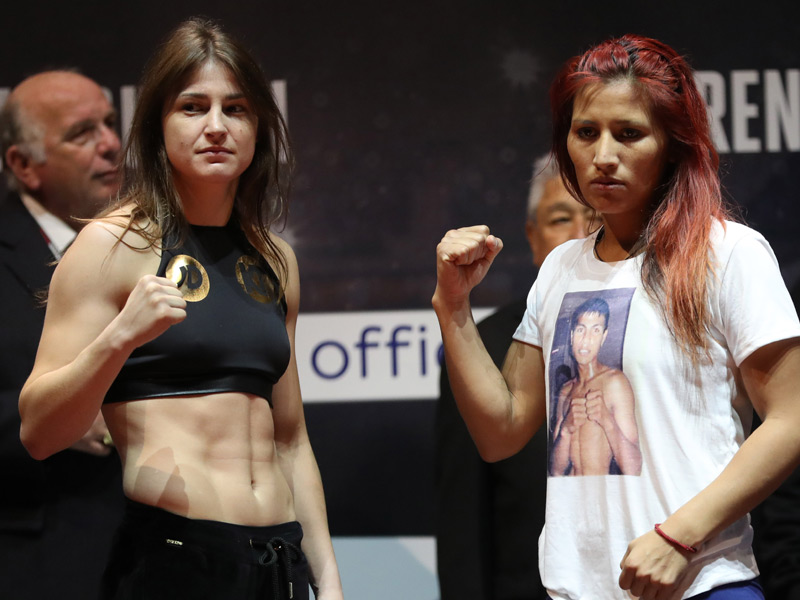 Katie Taylor and her opponent Anahi Sanchez have weighed in ahead of their WBA World Lightweight title clash in Cardiff tomorrow night.

Taylor tipped the scales at 134.8 pounds, just inside the 135 pound lightweight limit but the reigning champion from Argentina failed to make the championship weight by coming in at 136.1 pounds. Sanchez was given a further two hours to make the weight but also failed at her second attempt registering 135.6 pounds.

Sanchez failure to make the weight means that the fight still goes ahead tomorrow night but the WBA title can now only be won by Katie Taylor. The Bray woman insists that she isn’t worried about conceding the extra weight to Sanchez. “It doesn’t bother me. I’m just completely focused on my own performance. I made the weight and I’m ready for whatever comes my way tomorrow evening.

“It’s the biggest night of my career so far and I can’t even express in words how much winning would mean to me.”

The bout is part of a massive night of boxing headlined by Anthony Joshua’s World heavyweight title defence. Over 75,000 fans will be in attendance under the roof at the Principality Stadium with Katie’s fight expected to take place some time after 8pm.

The fight is available to watch live and exclusive in Ireland and the UK on Sky Box Office. See here for more details.