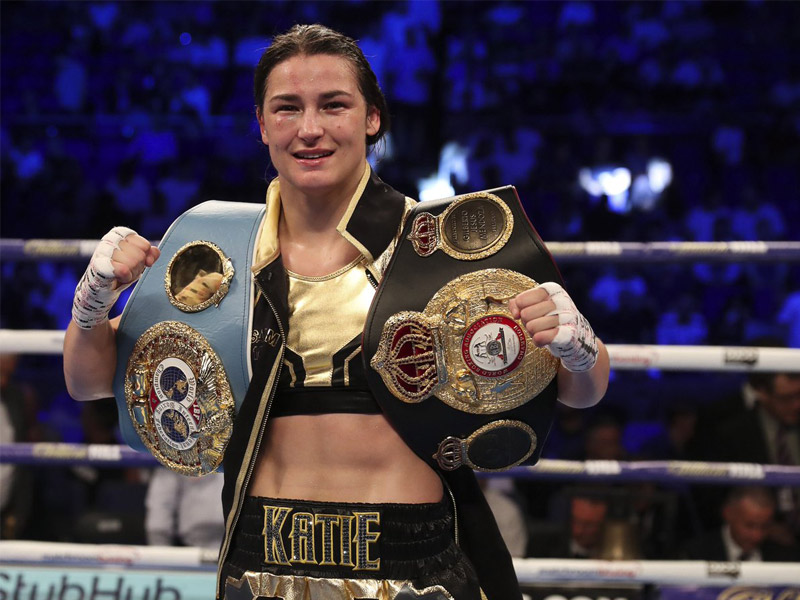 Katie Taylor made it 10 and 0 in the professional ranks tonight with an explosive third round stoppage win over mandatory challenger Kimberly Connor at the O2 arena in London to retain her WBA and IBF World Lightweight titles.

The Bray woman had to overcome a nasty swelling under her right eye which caused her to turn up the heat on her American opponent in the second round before a blistering assault towards the end of the third stanza left Connor on wobbly legs forcing the referee to intervene and stop the fight.

Taylor is set for a fight Stateside next time out when she is expected to defend her belts against reigning WBO featherweight champ Cindy Serrano in Chicago on October 6th live on DAZN in the US and on Sky Sports in Ireland and the UK.