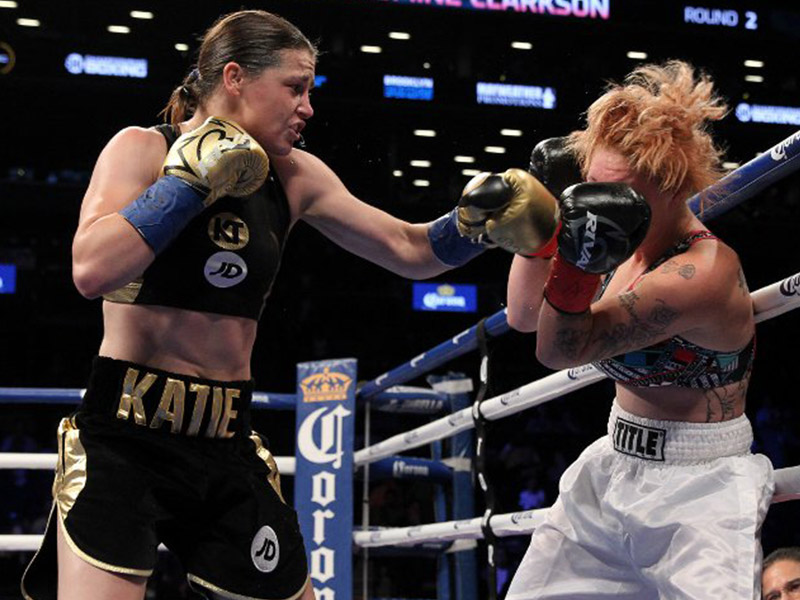 Katie Taylor will bid to win a World title in just 11 months as a pro when she challenges Anahi Sanchez for the WBA World Lightweight title on Saturday, October 28th at the Principality Stadium in Cardiff.

Promoter Eddie Hearn confirmed today that the bout will be part of the Anthony Joshua – Kubret Pulev World Heavyweight title fight night with 80,000 fans expected to be in attendance while the event will also be broadcast live on Sky Sports Box Office.

Speaking after the bout was announced Taylor said, “I’m delighted that the World title fight has been confirmed and on such a big stage as well. This is what I’m in boxing for to win World titles and be in big fights on big nights like this.”

Taylor has won all 6 of her fights since turning professional last November while Sanchez has a record of 17 wins against just 2 defeat and has contested 7 World title fights.

“She has won multiple Wold titles so I’m expecting a very tough fight but I definitely feel I’m ready for it and these are the kind of challenges I want”, said Taylor

“It’s such a great time for boxing right now to have these huge events. Boxing at Wembley on the Joshua – Klitschko card was a great experience and now to have the opportunity to become World Champion at the Principality Stadium is very special and October 28th can’t come soon enough.”

Tickets for the event go on general sale via www.StubHub.co.uk from 12 noon on Tuesday, September 12th.