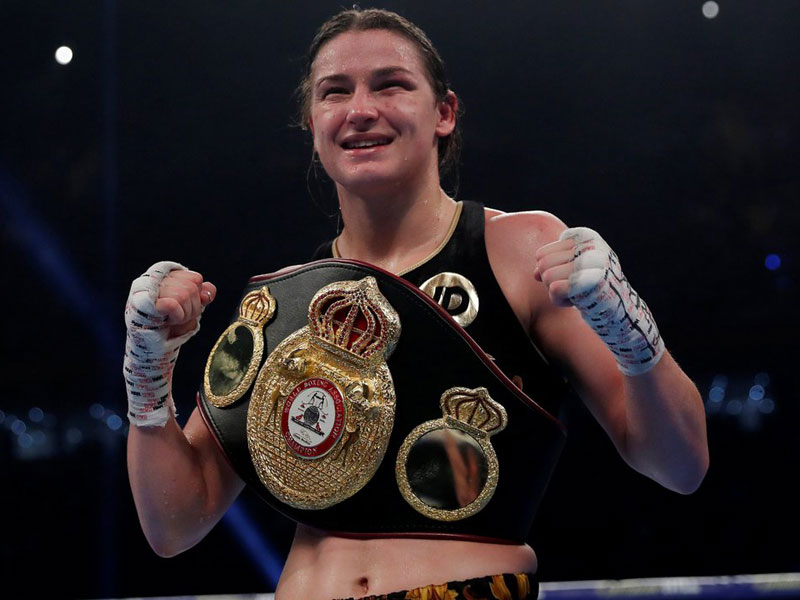 After less than a year as a professional Katie Taylor added a World title to the 5 she had already won in the amateur ranks by defeating Anahi Sanchez before an estimated 50,000 fans at Principality Stadium in Cardiff tonight.

The Bray woman claimed the WBA Lightweight crown with a comfortable unanimous points win over Sanchez who while outgunned and outclassed put up a gutsy performance testing Taylor’s chin on a number of occasions throughout the fight.

It looked like it might be an early victory for the Irish woman when a text book left hook to the body sent Sanchez to the canvas in the second round wincing in pain. However the Argentinian just beat Steve Grey’s 10 count and survived a follow up onslaught by Taylor to hear the bell. 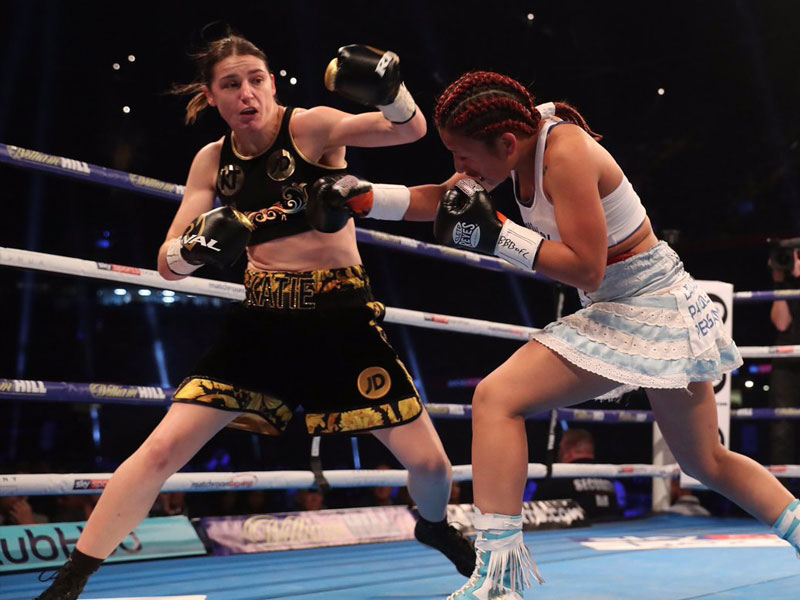 Sanchez was hurt again on a number of occasions throughout the fight but proved a resident foe calling on all her professional experience to see it through to the final bell ensuring the Taylor completed the championship distance for the fruit time in her pro career.

With the win Taylor become the first ever Irish boxer to win World titles at both amateur and professional level and she was naturally delighted with the victory. “It means more than words can express,” said Taylor. “This was a dream come true for me, it’s by far the biggest night of my career and thank God for another great victory.

“It was a very, very tough fight. It wasn’t my best performance but it was a big learning curve for me. I’m just delighted to be crowned World Champion and I’d love now to unify the belts in the lightweight division.”