Katie makes it 2 from 2 in the pros 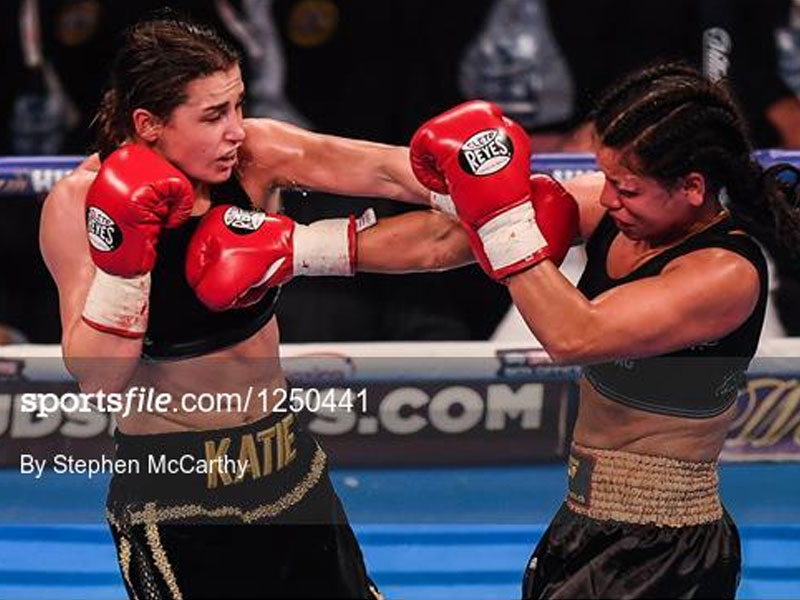 Katie Taylor made it 2 wins in 2 weeks to cap a successful start to her pro career with a win over Viviane Obenauf in front of 21,000 at the Manchester Arena tonight.

The bout took place on the undercard of Anthony Joshua’s successful IBF Heavyweight title defence against Eric Molina with Taylor dominating proceedings from start to finish to take a points win on a score of 60 points to 53.

Obenauf entered the ring having lost just one of her ten professional bouts but the result was never in doubt with Taylor putting the Swiss based Brazilian under pressure right from the opening bell. Obenhauf proved a stubborn foe though and despite receiving a count and a nasty gash above her left eye she hung on to hear the final bell.

Afterwards Taylor was typically self critical of her own performance and said, “I felt it was a bit of a flat performance from my point of view but a win is a win and I got 6 good rounds under my belt. I would have liked to put on a better performance but it was a real privilege to fight in front of 21,000 people. I know I can do a lot better but I’m happy to get the win and move forward and I’m excited about what’s ahead for 2017.”