Katie weights in for Wembley 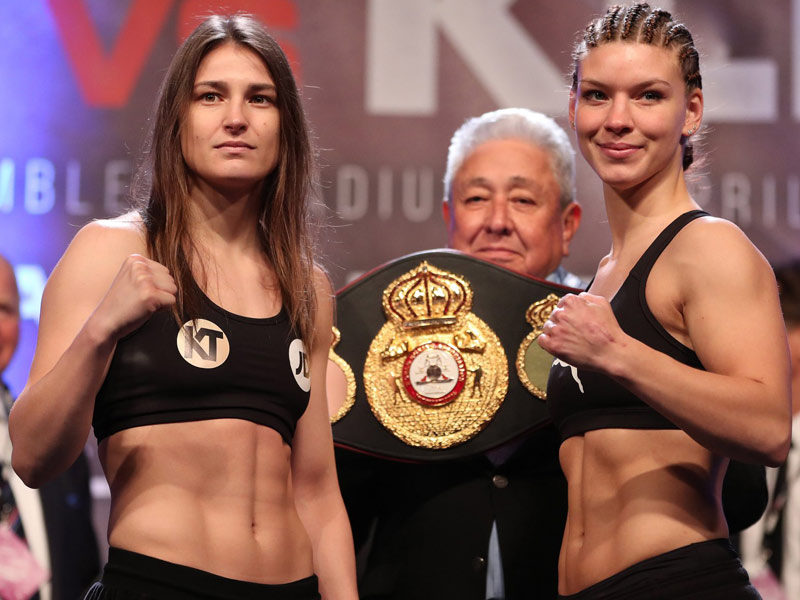 Katie Taylor returned to the scene of her pro debut earlier today at a packed weigh in ahead of her World title eliminator on the Anthony Joshua – Wladimir Klitschko heavyweight title card. The Bray woman was back at the SSE Wembley Arena for the public weigh in ahead of tomorrow nights massive event at neighbouring Wembley Stadium which is a sell out with over 90,000 fans in attendance.

Taylor will kick off the title action on the card at around 7pm. She will be bidding to win her first belt as a professional when she contests the WBA Inter Continental Lightweight title against Germany’s unbeaten Nina Meinke.

Meinke tipped the scales at 9 stone 6 pounds with Taylor coming in at 9 stone 8 pounds to ensure that both fighters were inside the 9 stone 9 pound lightweight limit.

Later in the evening Taylor made the short trip to Wembley to check out preparations for the event. for more on that check out Katie’s official Facebook page.