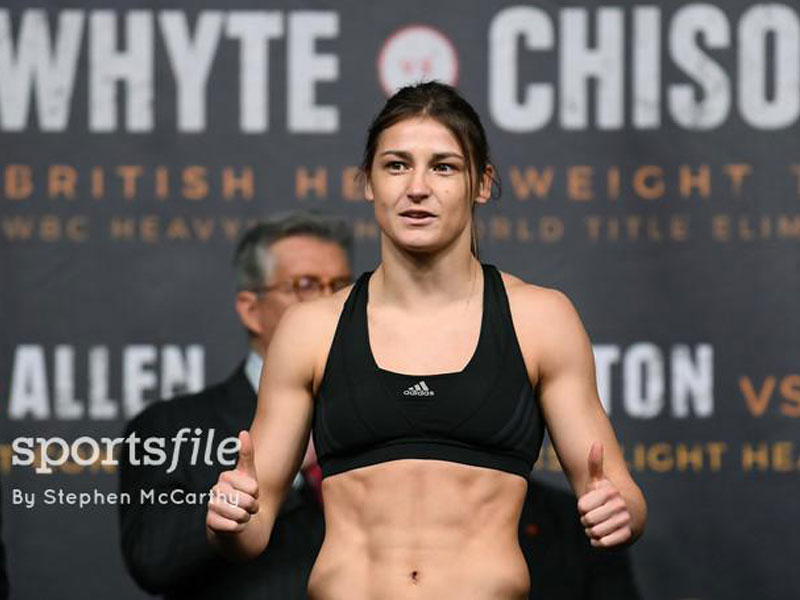 Katie Taylor stepped on the scales at a packed Victoria Warehouse in Manchester today at a public weigh in ahead of tomorrow nights big Sky Box Office card at the Manchester Arena headlined by Anthony Joshua’s IBF Heavyweight title defence against Eric Molina.

Katie Taylor weighs in ahead of her second pro fight against Brazil's Viviane Obernauf on the #joshuamolina undercard @KatieTaylor pic.twitter.com/yFXettPhKQ

Katie registered 9 stone 6 pounds and 2 ounces ahead of her fight with Brazil’s Vivane Obenauf who tipped the scales at 9 stone 5 pounds and 9 ounces.

They are due in the ring a little after 9pm tomorrow night in front of an anticipated crowd of 21,000. The bout is Katie’s second professional fight after a successful debut in London a fortnight ago where she stopped Karina Kopinaka in 3 rounds. Obenauf boasts a win over Kopinska having won 9 of her 10 professional fights with 4 of those wins coming inside the distance. 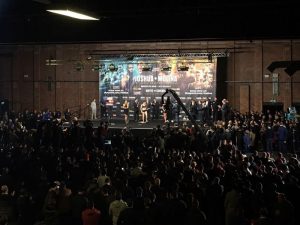