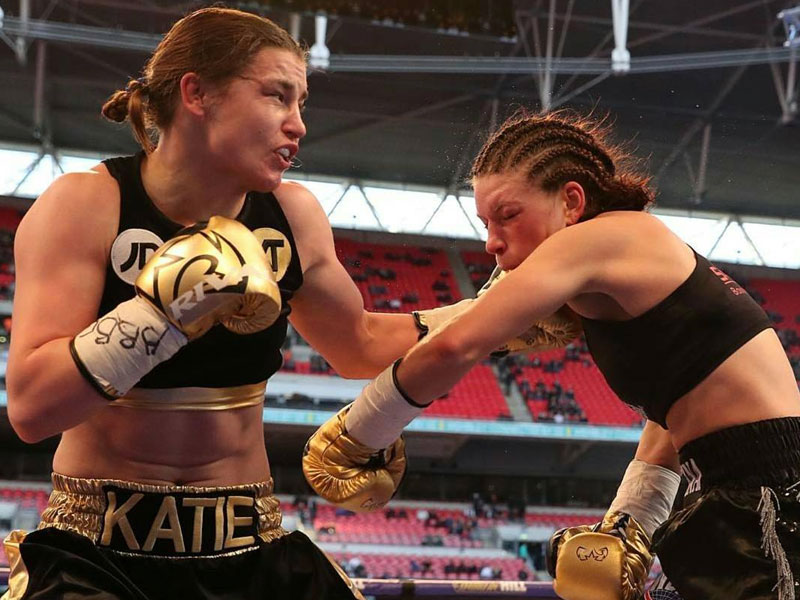 Katie Taylor made it five wins from five as a professional at Wembley Stadium earlier tonight and winning her first title belt in the process. The Bray woman stopped Nina Meinke in seven rounds to claim the WBA Inter Continental Lightweight title in a bout which doubled as an eliminator for a shot at Cecilia Comunales WBA World  Lightweight crown.

Meinke came into the bout undefeated in 5 but never looked like extending her perfect record against Taylor who dominated proceedings from the opening bell. A nasty swelling developed above the German’s left eye from the fourth round on and Taylor’s relentless attacks gradually drained the strength and confidence from the Berlin native. 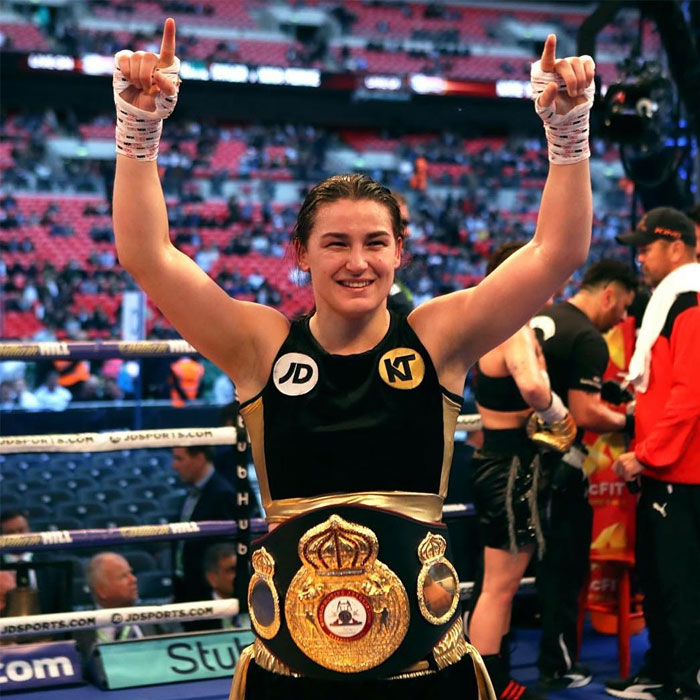 By round seven and with Taylor having controlled the whole fight referee Howard Foster had seen enough and waved it off. Next up for Taylor is likely to be her US debut with a June or July date most likely as she looks to continue her rapid rise through the pro ranks.

The win was Taylor’s fifth in just five months as a pro as she targets a World title fight in Ireland before the end of the year.

The bout came on the undercard of the exhilarating heavyweight title showdown between Anthony Joshua and Wladimir Klitschko in front of a sell out crowd of 90,000 at Wembley. Joshua eventually prevailed after eleven dramatic rounds which saw both men on the canvas before Joshua pulled out a late stoppage win.