Katie set for The O2 in London 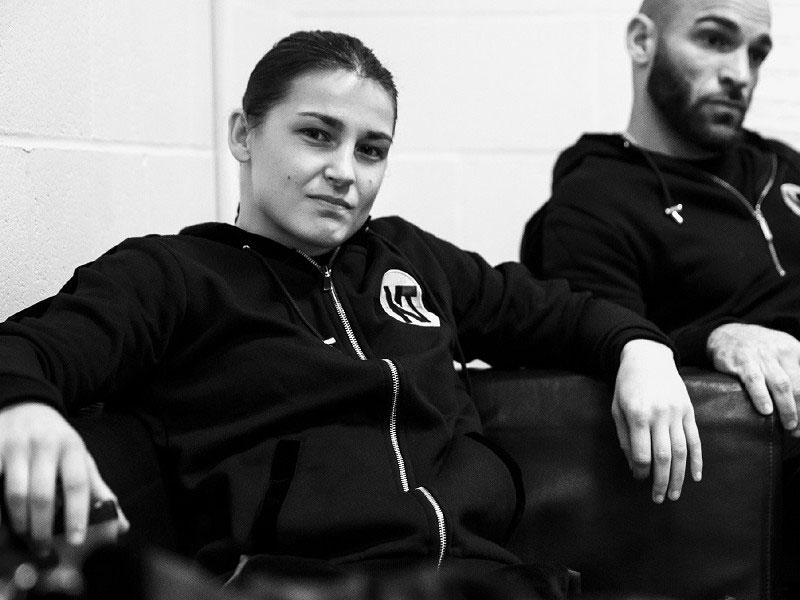 Katie Taylor will fight for the third time in the pros on the undercard of the Heavyweight blockbuster between David Haye and Tony Bellew at The O2 in London on March 4, live on Sky Sports.

The Irish amateur star made her pro debut in London in November with a third round stoppage win over Karina Kopinska and followed that two weeks later with a points win over Viviane Obenauf in Manchester, and the 30 year old is ready to kick off her 2017 with a big performance in Greenwich.

“It’s great to be on another big card in front of a huge crowd at an arena like The O2,” said Taylor. “I think people are really excited about the Haye-Bellew fight and the rivalry between those guys and as a boxer these are the kind of nights you want to be a part of. It’s a massive stage for me and I’m really looking forward to it.

“I’ve been here in the US for the last few weeks in training camp for the fight and working hard. It’s the start of a very big year for me and I know there are big plans but I need to keep winning and keep performing so I’m not looking any further beyond March 4.”

Taylor is part of a packed bill in support of Haye vs. Bellew, with another London vs. Liverpool grudge match on the slate as Hackney’s Ohara Davies defends his WBC Silver Lightweight title against Merseyside favourite Derry Mathews, while popular Stourbridge Welterweight Sam Eggington faces a huge step-up in class against former two-weight World champion Paulie Malignaggi.

Tickets for Haye vs. Bellew sold out in record-breaking time when they went on sale in December.