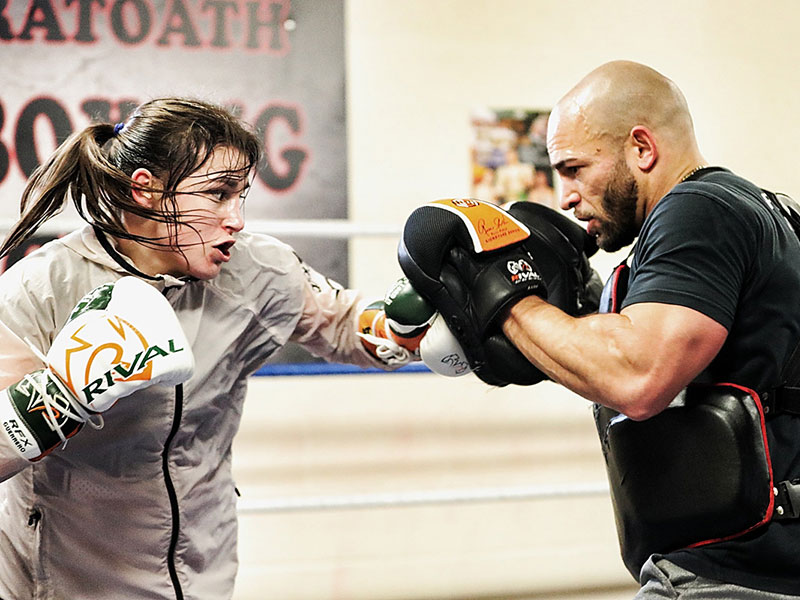 Katie Taylor’s opponent for her third professional fight at The O2 London on Saturday, March 4th has been confirmed as Monica Gentili. The experienced Italian has won 6 of her 12 fights with only one stoppage defeat and is a late replacement for recent World title challenger Milena Koleva who withdrew due to illness last week.

Taylor wrapped up training camp in the US last weekend before returning home for a workout for the Irish media yesterday (Monday). The Bray woman has a busy week of fight week activities including a public workout at The O2 in London on Wednesday followed by a press conference on Thursday before weighing in on Friday ahead of Saturday night bout. The fight takes places on the undercard of the British heavyweight grudge match between former World Heavyweight Champ David Haye and current WBC Cruiserweight champ Tony Bellew.

Tickets for the event sold out in hours when it was announced last November with the event including Katie’s fight being broadcast live on Sky Sports Box Office.

Check out some videos from Katie’s media workout yesterday below:

Anyone for tennis? Watch @katietaylor master boxing's version of "keepy uppy" ahead of her fight at @Theo2 on Saturday night @EddieHearn pic.twitter.com/Cr1gQ5q8Re