Katie prepared for “her biggest moment” 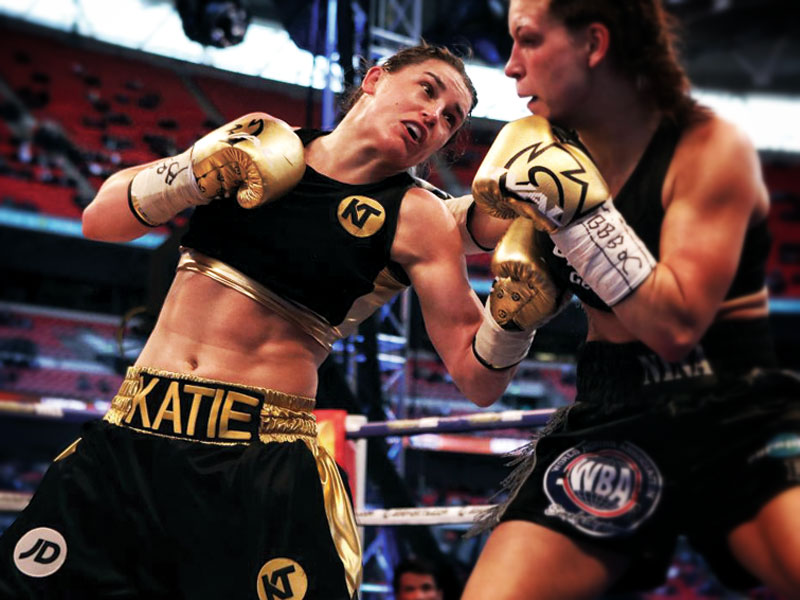 Taylor has raced to her first World title shot in the paid ranks after six fights, with her final eliminator win to land the shot coming at Wembley Stadium against Nina Meinke on the undercard of Anthony Joshua’s epic clash with Wladimir Klitschko in April.

Taylor swept the board in the amateur ranks before turning over, but with a decorated career for Ireland in the past, the 31 year old feels her World title challenge in Cardiff is the fight that can catapult her into super-stardom and mega-fights down the line.

“Since the fight was announced the weeks have flown by,” said Taylor. “There’s an element of nerves for every fight. I’ve had the opportunity to box on big shows before but this fight without a doubt is going to be the biggest of my career and open more doors in the future. I cannot let this chance slip which brings pressure but it’s the type of fights I want.

“I train for every fight like it’s a World title fight. The great thing about this one is I’ve had a much longer camp. The last couple have been so close together. I’ve had a good few months preparing for this one.

“When we first sat down with Eddie he wanted us to fight for a World title within a year and he’s stayed true to his word and delivered. It’s an honour to be fighting for the WBA Title. I’m delighted with the progression of my pro career to date.

“It’s my first time at Principality Stadium – what a stage to be fighting on. Wembley Stadium was good preparation for this and I do love an Anthony Joshua undercard. This is more than a dream for me.”

Taylor’s clash with Sanchez is part of a huge night of action in Cardiff where Joshua defends his World Heavyweight titles against Carlos Takam, the Londoner’s bitter foe Dillian Whyte aims to take a giant step to his first World title shot by facing Robert Helenius for the WBC Silver strap and Kal Yafai defends his WBA World Super-Flyweight title against Japanese mandatory challenger Sho Ishida.

A limited number of tickets remain on sale via www.StubHub.co.uk.

Please ensure you plan your travel into the city before purchasing your tickets and allow plenty of time for additional security checks at the venue – please visit http://www.principalitystadium.wales/events/v/joshua-v-pulev-2017-10-28 to view the travel page for the event.