KATIE documentary now available on demand in Ireland and UK 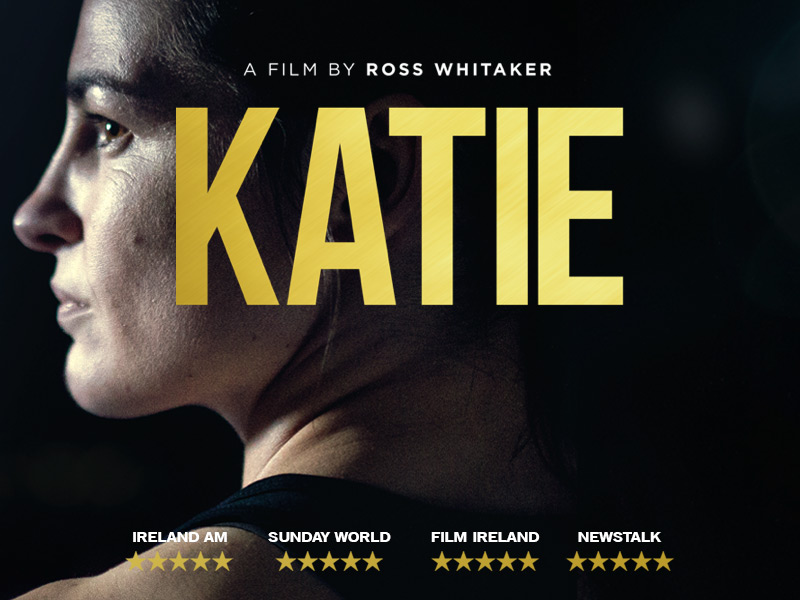 The UK premiere screening of KATIE takes place at 6pm this Sunday (Feb 3rd) at the Regent Street Cinema as part of the Irish Film Festival London and will be followed by a Q & A with the film’s director Ross Whitaker. For more visit: https://www.regentstreetcinema.com/programme/katie/

KATIE, the feature-length documentary on Katie Taylor is now available to watch on demand in Ireland and the UK on Sky Store, iTunes, Google Play, Amazon, YouTube, Microsoft and Volta.

The film intimately follows Katie as she attempts to rebuild her career after a year of turmoil threatened to derail her career. With many writing her off, Taylor decided to start again, and the notoriously private champion agreed to let a small crew document her attempt to rescale the heights.

As an amateur Taylor won six European championships, five world amateur championships and Olympic Gold at the London 2012 Olympic Games. She turned professional after a disastrous campaign at the 2016 Olympics, which saw her crash out in the first round despite being favourite to win. The film unravels the deeply personal reasons behind this career low and shows the champions grit and determination to start over as a professional.

The film is directed by director Ross Whitaker, one of Ireland’s most respected documentary filmmakers with previous work including, Between Land & Sea and Unbreakable: The Mark Pollock Story. “I’m so happy to be bringing Katie to audiences and to give viewers the opportunity to learn more about Katie, who most Irish people love but few people feel they really know,” said Whitaker.

KATIE is available to watch on demand in Ireland and the UK on Sky Store, iTunes, Google Play, Amazon, YouTube, Microsoft and Volta.