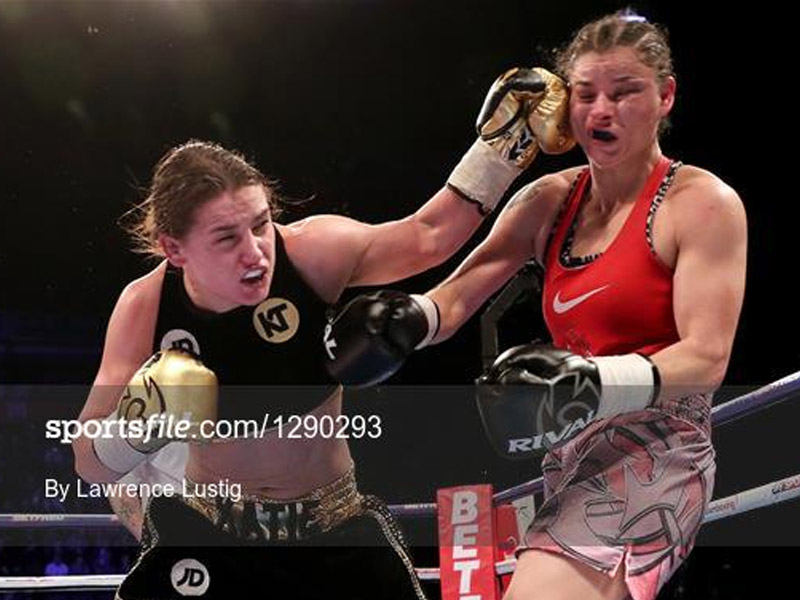 Katie Taylor made it four wins from four in the professional ranks with a dominating points win over Milena Koleva at the Manchester Arena last night. The Bray woman was taking part in her first scheduled eight round contest and was delighted to get the rounds under her belt.

Speaking to Sky Sports after the bout Taylor said, “I definitely needed the eight rounds. Obviously we are trying to progress fast so a good 10 rounder I hope is next but that was a great contest for me against a very strong opponent.”

Taylor floored Koleva in the seventh round and the result never looked in doubt throughout the contest as Taylor’s varied attacks kept Koleva on the defensive.

Next up for Taylor is a bout on the massive Anthony Joshua – Wladimir Klitschko World Heavyweight title fight at Wembley Stadium in London on April 29th where she will bid to move one step closer to World title glory.