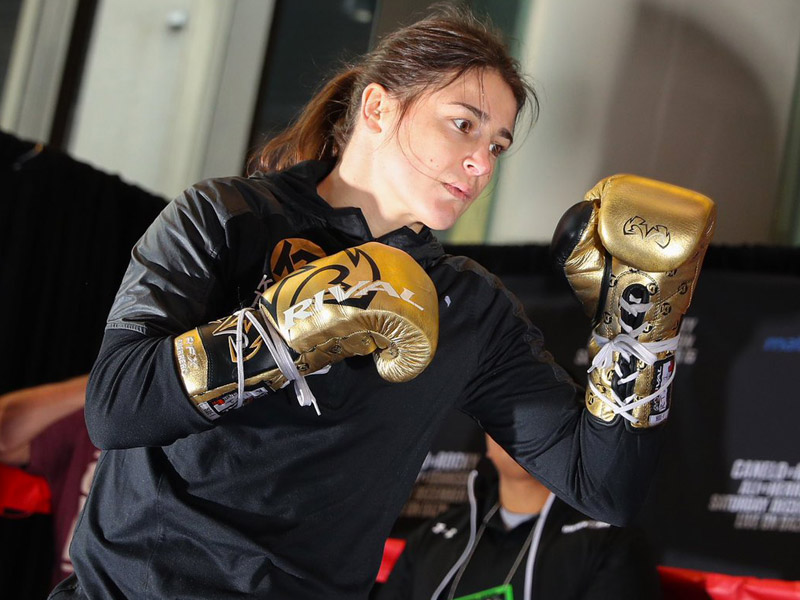 Katie Taylor got her fight week underway in New York earlier today with a public workout at the iconic Madison Square Garden ahead of her World title defence there on Saturday evening.

Taylor will defend her WBA and IBF Lightweight titles against current WBC Super Featherweight champion Eva Wahlstrom on the undercard to Saul “Canelo” Alvarez’s fight with Rocky Fielding. Taylor and Wahlstrom are familiar foes having met on numerous occasions in the amateur ranks including a win for the Bray woman when they met in the 2005 European Championships final.

Taylor comes into Saturday’s fight having won all eleven of her bouts since turning professional just over 2 years ago. Wahlstrom has enjoyed an impressive career in the pro ranks herself and is undefeated in 23 fights since making the switch from the amateur ranks back in 2010. The Finnish woman won the WBC Super Featherweight title back in April of 2015, a title she still holds coming into this weekend’s contest. 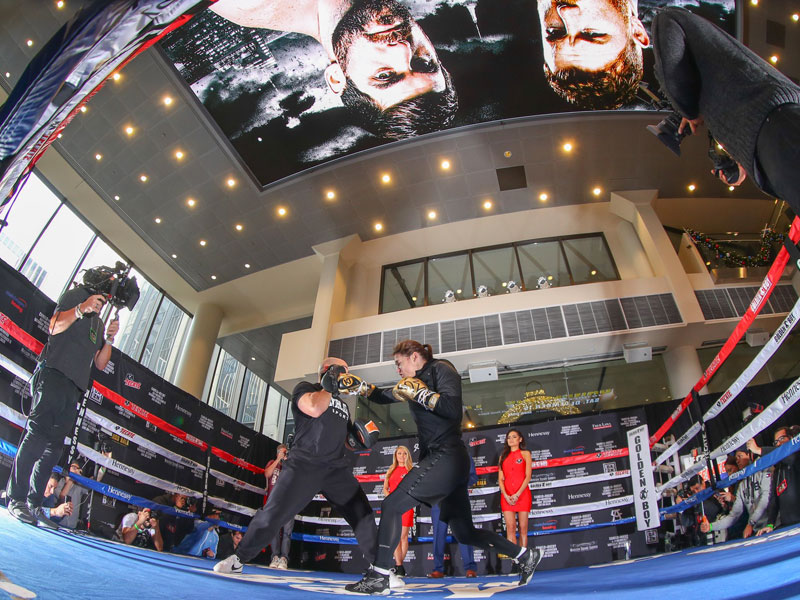 The bout marks a historic first for Taylor as she will be the first ever Irish boxer to defend a World title at the “Garden” the fabled New York venue which is known as the “mecca of boxing” having hosted legendary over the years such as  Muhammad Ali’s first fight with Joe Frazier in 1971.

Taylor’s fight will be shown live on DAZN in the US and on Sky Sports in Ireland and the UK.