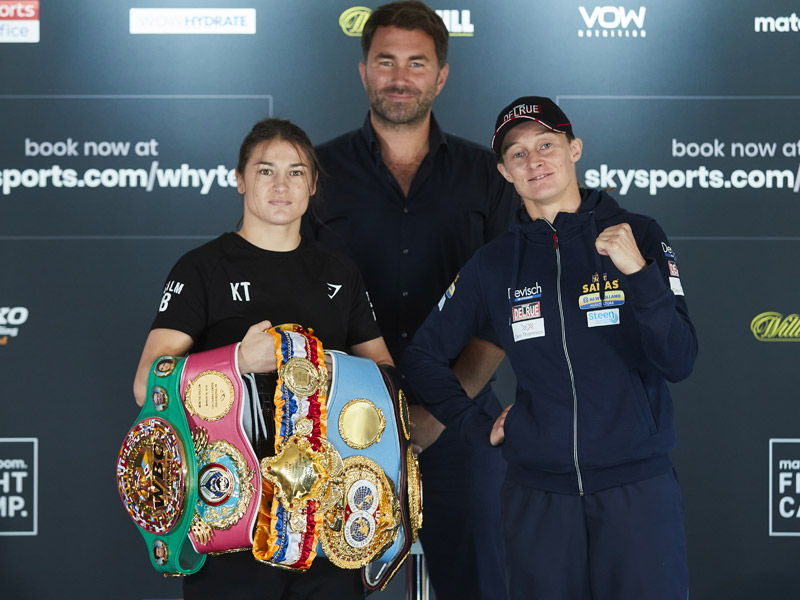 The fight takes place on promoter Eddie Hearn’s unique “Fight Camp” event which will be live on Sky Sports Box Office in Ireland and the UK and on DAZN in the US.

Taylor will be looking to successfully defend her WBA, IBF, WBO, WBC and Ring Magazine Lightweight belts against Persoon on a card that also features the heavyweight clash between Dillian Whyte and Alexander Povetkin.

“I’m very very excited,” said Taylor. “I’ve said it before, this is why I’m in the sport of boxing, to be involved in fights like this. This is a legacy building fight for me and Delfine. We’re both in this sport to prove that we are the best. You have two fighters here that absolutely believe that they are going to win. We both think we’re going to win. That’s what makes this such a fantastic fight.

“I want to be involved in the biggest fights and that’s why I wanted this rematch. I want to prove that I am the best. There will be criticism whether I win or lose. This is why I’m in boxing – to be the best. I want to be known as the pound for pound No 1. No crowd, all the belts on the line? This is the purest form of boxing you will ever see. I’m prepared for whatever comes my way on Saturday. May the best boxer win.”

Her Belgian challenger said, “I could see I am bigger than her. I have to start the fight faster than last time, with a higher tempo. But I can’t change the whole thing. My way of boxing is with pressure. I can box also on the back foot but, a lot of the time, my opponents don’t pressure me. But I can do it. I spar with guys in Belgium who are stronger than me. They give me problems and I find solutions. Against a girl, I always feel stronger because I train with men.”